I created a mark for the first “Retro Tempo” football tournament in Poland. It’s a discipline which originated in England (so-called walking football), in which people over 50 years of age take part. The sport began to be popularised in Poland a couple of years ago in the Northern city of Gdańsk, with the support of the Polish state electricity company Energa.

I designed the competition’s logo in the form of a classic emblem (seal) at the heart of which I placed a retro football. I drew the ball in such a way that it would form the initials of the name of the competition. 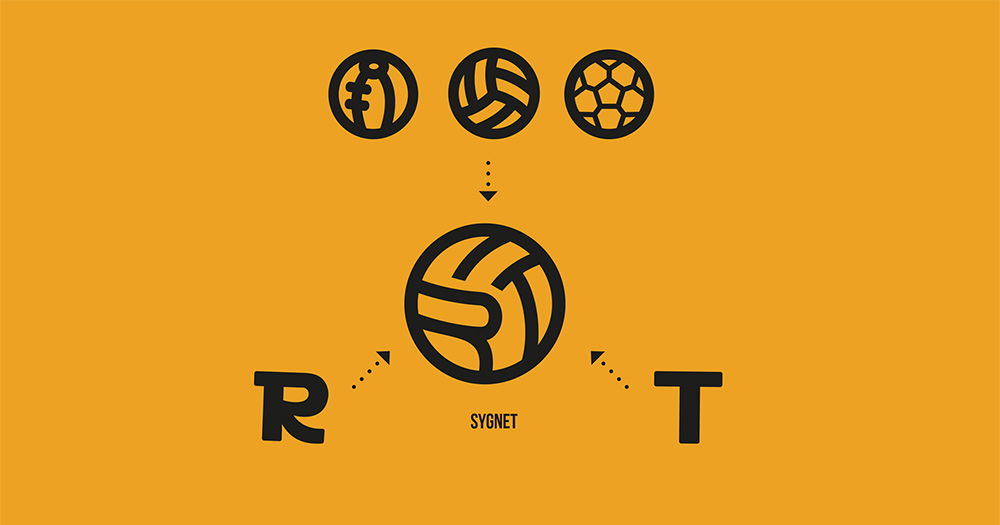 The amber-orange colour tone was taken from the visual identification of the Stadion Energa Gdańsk.