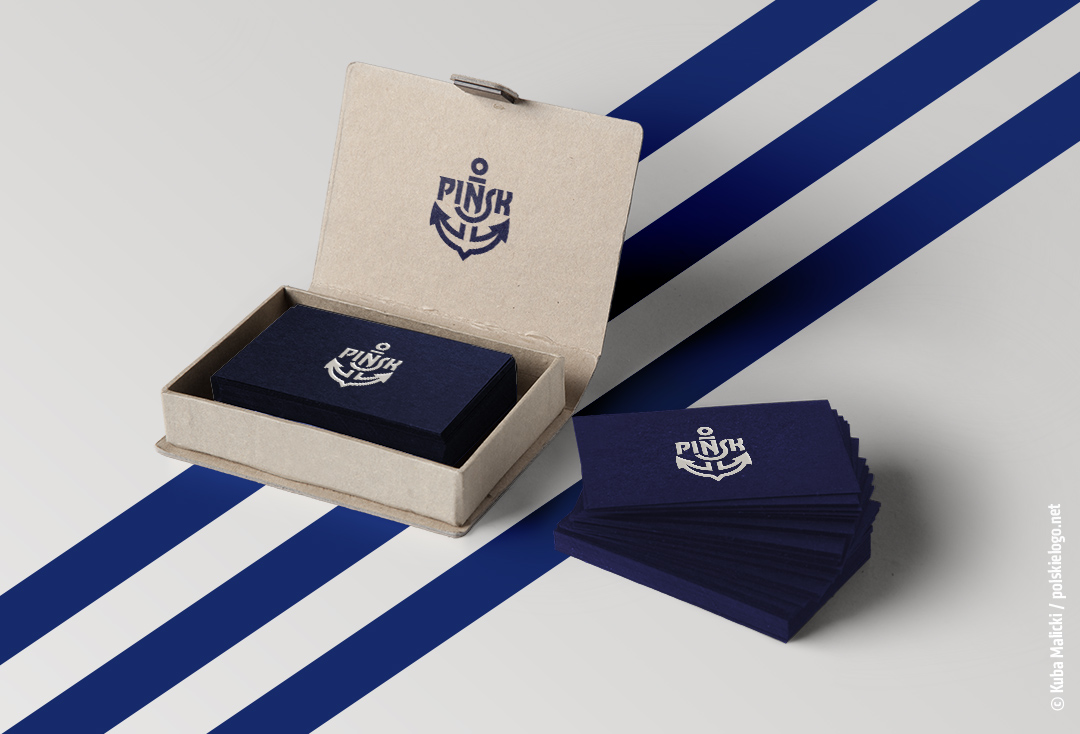 As part of the “Polskielogo.net” project, I revived the memory of a dozen or so clubs from the Eastern borderlands lost to the Soviet Union at the end of World War II. The Military Sport Club “Kotwica” [English – Anchor] was created by the sailors of the Pińsk Flotilla, and their history inspired me to design an original logo and a special Fan-page.

THE BIRTH OF THE SYMBOL

Before the war, Kotwica’s shirts were emblazoned with the symbol of their Flotilla placed on a characteristic shield. 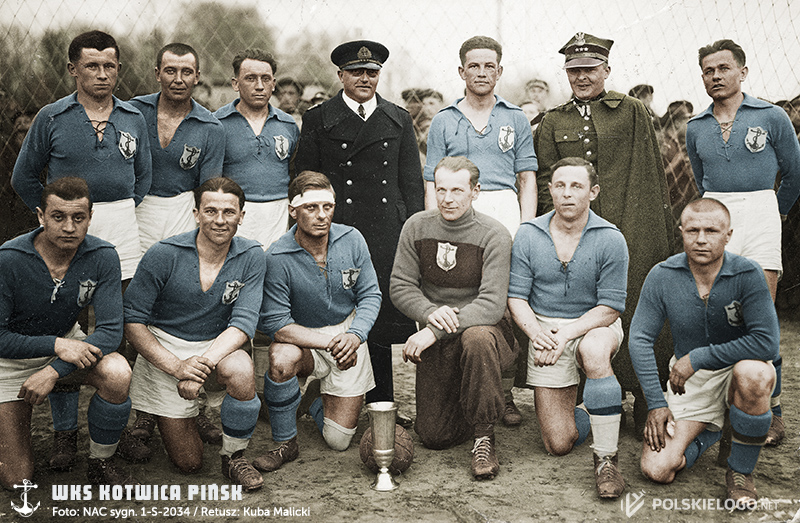 If the club was reactivated after the war, it would probably have had a more original emblem. I decided to create just such an emblem – I did so by connecting the anchor symbol with the inscription “Pińsk”. In this way, I created a rare, transparent form.

In addition, I drew the “S” in such a way, that the glyph looked like a rope braided around the shaft of the anchor. Due to this I decided that adding the name “Kotwica” was unnecessary, as it was already contained within the emblem.

Apart from the club emblem, the distinguishing mark of the “Kotwica” brand became a motif of three belts inspired by the collar of a sailor’s uniform. 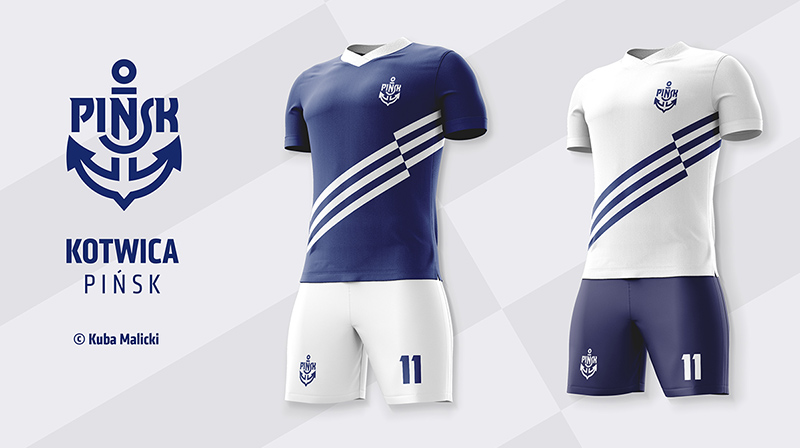 Additionally I’ve created a fanpage for the memory of prewar team of Kotwica. The historical content was presented on the two-coloured ‘retro’ infographics. 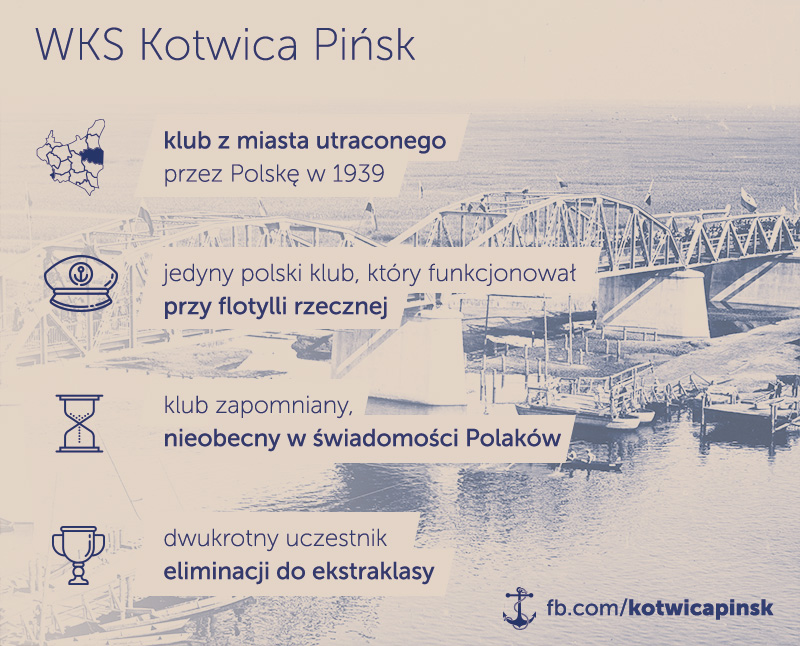 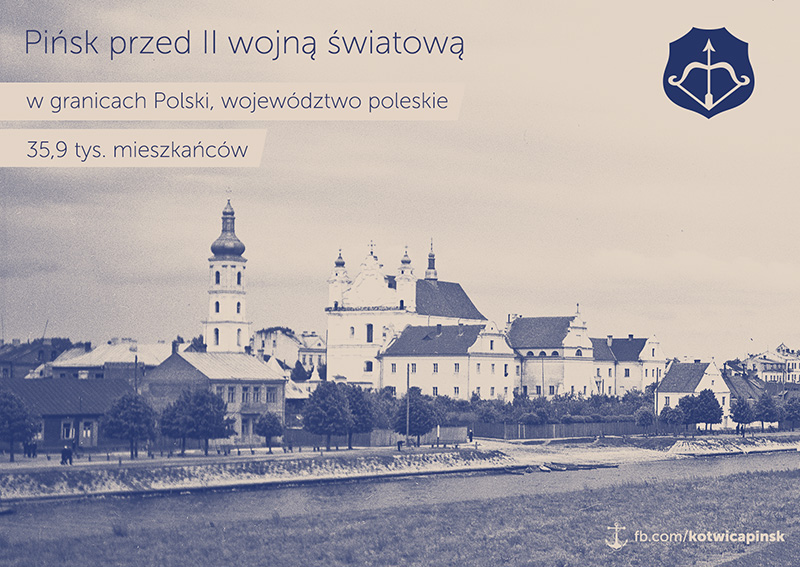 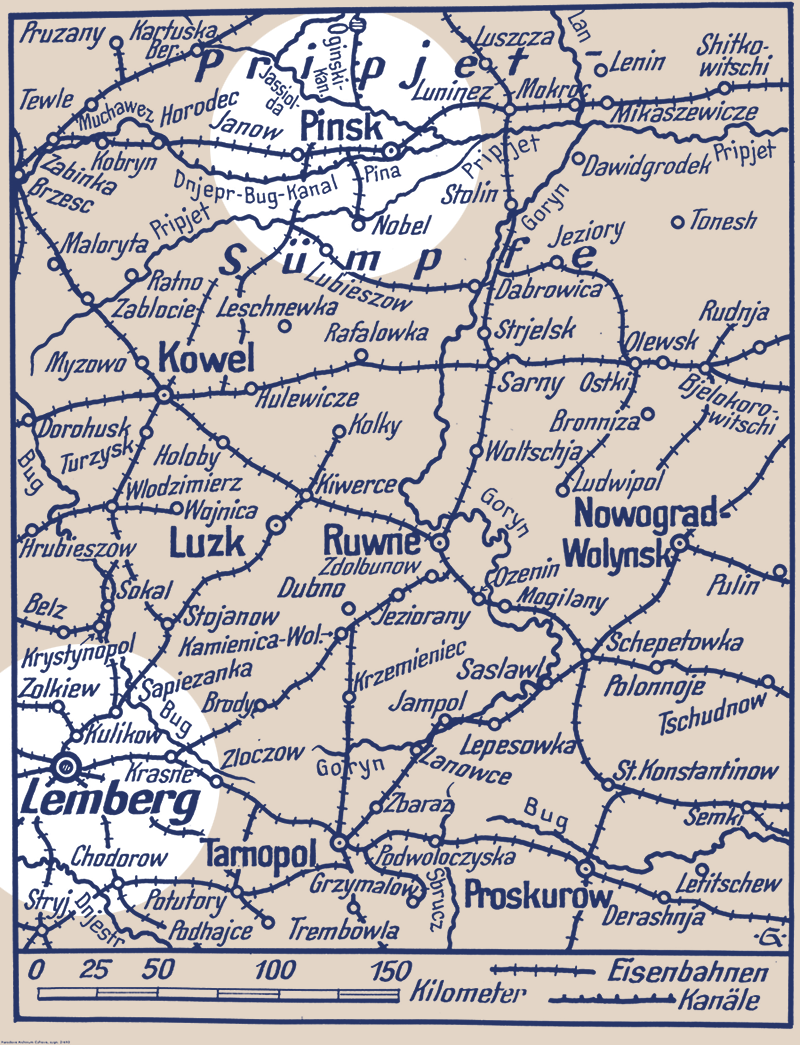 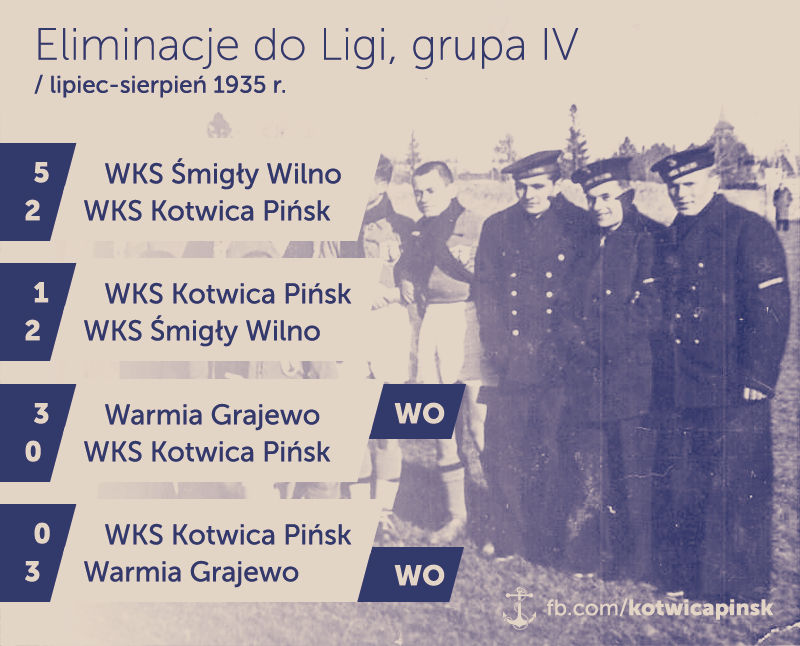 The original photos comes from the Polish National Archive www.nac.gov.pl.