A fire-cracker? Actually no, only ‘Iskierka’ [in English:a spark], which is how you translate the name of this Szczecin-based club, for which I made a new logo and designed match-kits. The club from the south-eastern part of the city is celebrating its 25th anniversary this year. While designing I sought a fresh idea, but after all the club was created in the 1990s and so can afford a more unconventional emblem than older clubs. 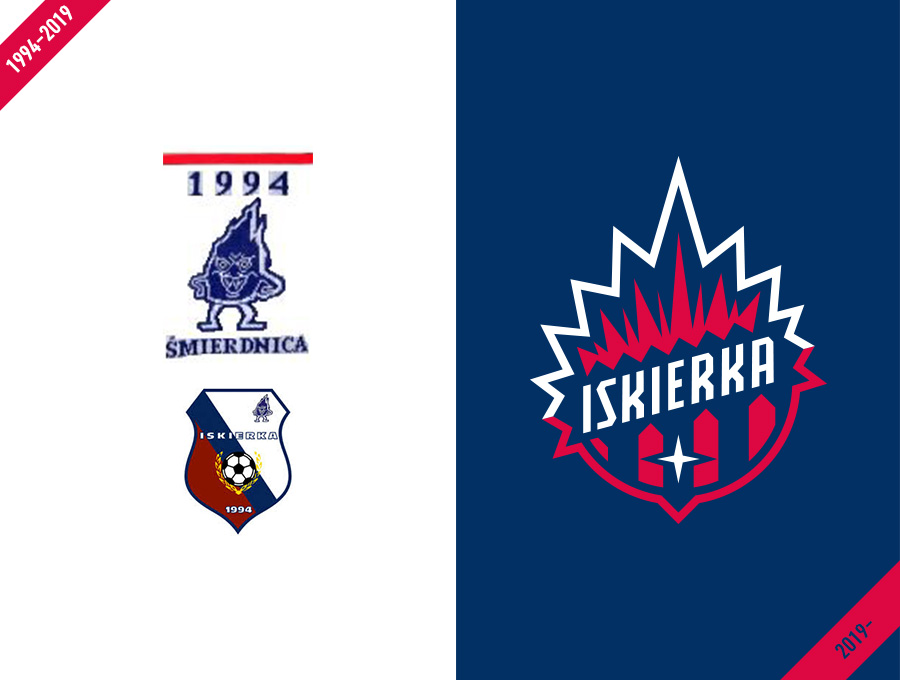 The sign’s construction was based on an unusual shield with the upper part resembling a flame. 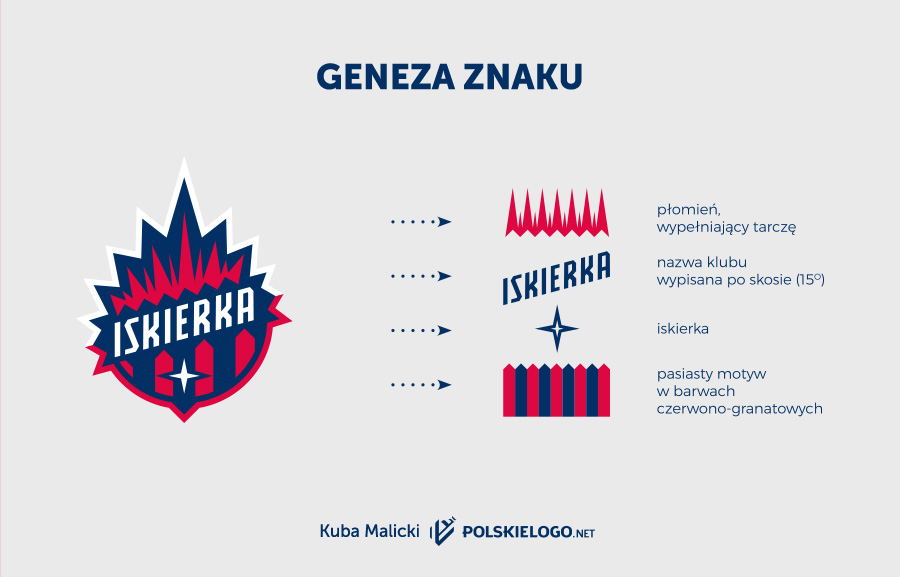 I used this graphic element as a pattern for the club’s match-kits. 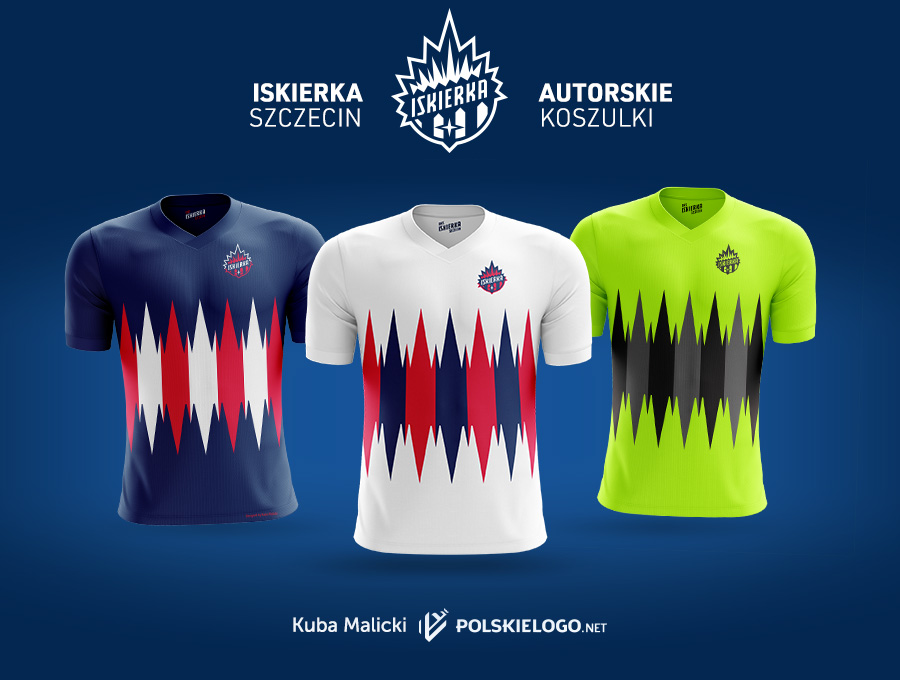