The Olympic Picnic is the largest recreational and sporting event in Poland. Organized for 20 years by the Polish Olympic Committee in the Warsaw Kępa Potocka Park, it gives the visitor the chance to compete in various sporting disciplines, as well as meet famous sportspersons. My task was to create a special logotype for the 20th edition of the picnic. The logotype was supposed to be simple, elegant and would be able to be used with the Polish Olympic Committee logo and “Bielik” (the key visual of the event and mascot of the Olympic Committee). 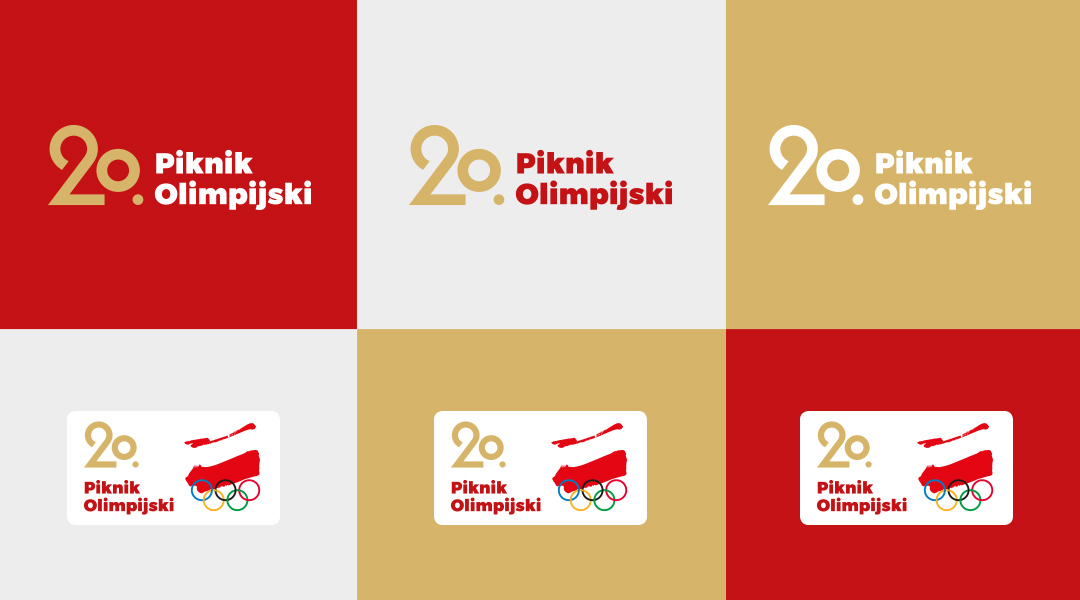 The previously designed characters were more expressive, but the cartoon style of the lettering was considered to be too childish.